How to Start Mining Bitcoin in 60 Seconds

Back in 2017, I met a Malaysian entrepreneur named Han in the lobby of my South Korean hostel. As we scaled the steps of Namsan Park on our way to Seoul Tower, I asked what he did for a living.

At the time, I was only vaguely familiar with the concept of Bitcoin. As I recall, it was some kind of virtual currency trying to replace PayPal.

But mining? How did that work?

Han desperately tried to explain it all before our cable car reached the tower, and in retrospect, he probably did a good job. But my lizard brain couldn’t get past the image of Hansel and Zoolander trying to get the files.

The Bitcoins are in the computer?

I had mad respect for Han not only for figuring out what mining is, but generating full-time income from it. Back then, it required obscure coding knowledge, complex equipment and legendary patience.

Oh, how the times have changed.

Now, anyone with a decent computer can set up a mining operation in under 60 seconds — meaning a potentially lucrative form of side income, that requires zero effort on your part, is just one minute away.

At this point, you might be wondering: what is Bitcoin mining? What are the requirements? Are there risks? And most importantly, how much money can you make doing it?

We’ll get to all that underlying context below, but first, let’s set up your Bitcoin mining operation so you can earn while you learn.

Here’s how to start mining crypto in the next 60 seconds:

How to Start Mining Crypto in Under 60 Seconds

We’re going to start mining using the service NiceHash. You’re going to have lots of questions as we go, but I’ll answer those in the sections below.

To start, let’s head to the NiceHash Profitability Calculator and click “get started.” 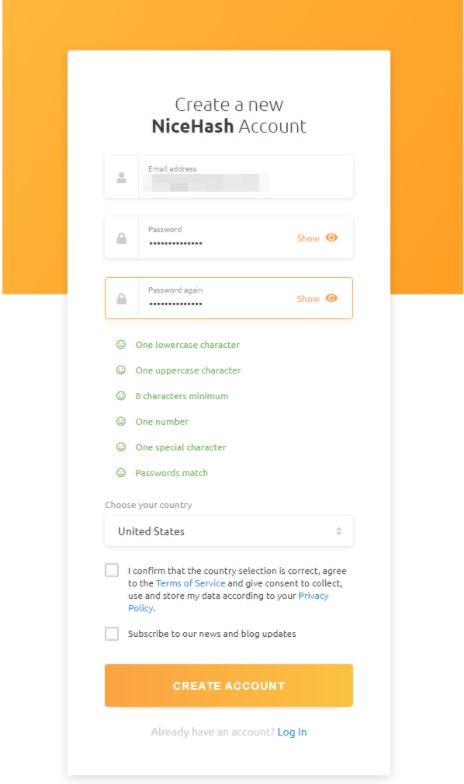 Once you verify our email and log back in, NiceHash will ask you to “select services” — open a crypto wallet, start mining or both! I recommend choosing both: 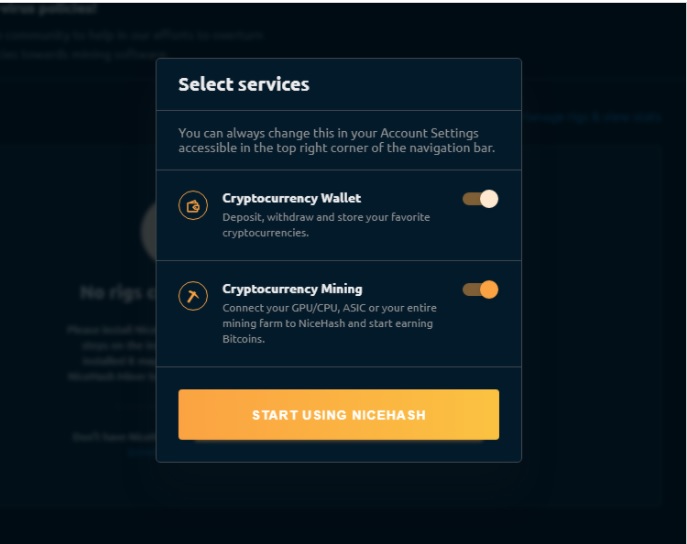 From the main NiceHash dashboard, connect your “rig” (aka computer): 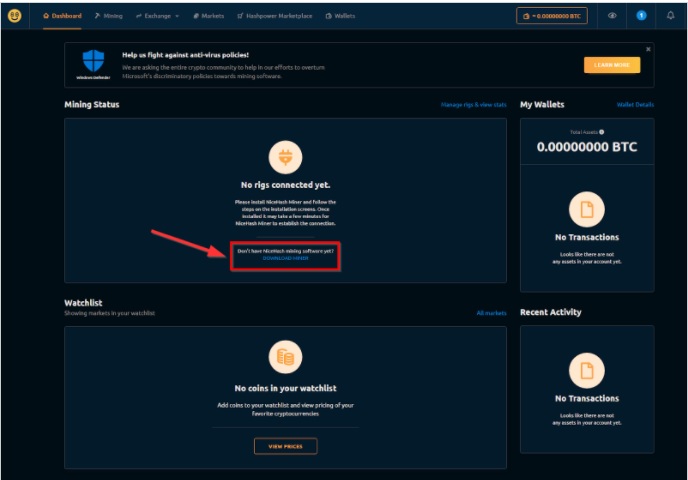 Choose the mining software that matches your GPU. If you’re unsure what GPU you have, follow the path Start > DXDiag > Display 1 tab on Windows, or Apple > About This Mac. 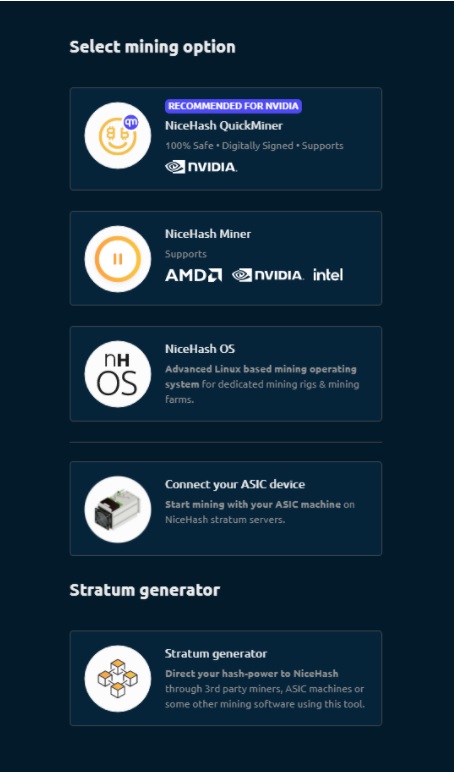 Log in once the the NiceHash desktop app is downloaded. 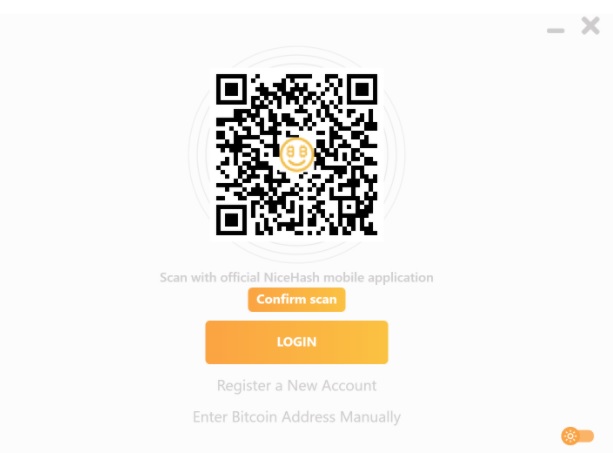 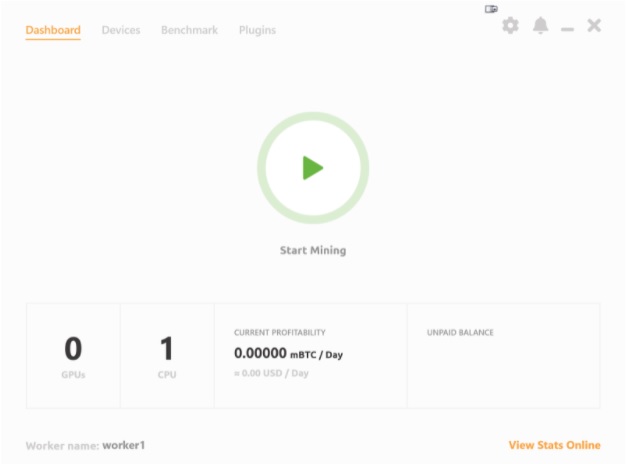 Congrats! You’re now a Bitcoin miner. How easy is that?

From here on out, anytime you want to earn some side income by mining, you can just open the NiceHash dashboard and click “start mining.”

Your earnings are automatically deposited into your NiceHash crypto wallet where you can “HODL” (i.e. hold) them as long as you feel like staying invested in Bitcoin.

But if you ever choose to cash out on your mined crypto, you can go to your NiceHash dashboard > Wallet > Deposit and enter your cryptocurrency wallet info. Then, you can sell your mined bitcoin just like regular bitcoin on your preferred crypto trading platform.

There you have it — you’ve started mining Bitcoin in under 60 seconds. Next time you’re trying to make friends in a hostel in Seoul, you can impress everyone by telling them you’re a profitable Bitcoin miner!

Now that you’re a Bitcoin miner, let’s talk about what exactly is going on behind the scenes. What is mining? How much will you earn? And, oh yeah, will it affect your power bill?

What Is Bitcoin Mining?

The blockchain is like a giant online ledger — a permanent record of all the crypto transactions in the world, as well as other types of data.

The mysterious Satoshi Nakamoto launched the first blockchain in 2009, and invented Bitcoin as a way to demonstrate how the blockchain worked. Interestingly, although he titled his original 2008 whitepaper “Bitcoin: A Peer-to-Peer Electronic Cash System,” Nakamoto never once mentions the term “Bitcoin” again; the rest is focused on how blockchain works.

When you send or receive Bitcoin (or other cryptocurrency), a powerful computer somewhere validates your transaction and records all the details of it onto the blockchain, i.e. the ledger. That record includes key data like the amount transferred, the date and time, sender and recipient, and more.

There are two key factors that make blockchain so compelling.

First, all data recorded on the blockchain is permanent — figuratively speaking, it’s etched in stone. It’s also viewable by anyone with the right software, which is how the IRS has started busting people who don’t report their crypto gains on their taxes.

Second, the blockchain is decentralized; no one entity owns or controls the blockchain. That’s why investors and crypto fans love it so much, and many consider it to be the future of wealth storage. The blockchain can’t be directly influenced by a bank, corporation or government. It simply exists, free of bias or hidden agendas.

But how is the data added to the blockchain? The answer is the Bitcoin miners.

Bitcoin mining is the process of dedicating computer power to maintaining the blockchain and validating crypto transactions.

To draw an analogy, these rows and rows of computers in giant, commercial Bitcoin mines are like the rows of clerks and accountants at Gringotts Bank in Harry Potter, carefully documenting each and every sensitive financial transaction to keep the records straight.

Han’s Bitcoin mining operation wasn’t quite so complex, but it was financially successful nonetheless. So how do miners like him make money?

The amount of resources it takes to mine Bitcoin is extremely expensive — a single mine can have millions of dollars of computer hardware, expensive graphics cards, R&D, power and cooling costs, and more.

Satoshi Nakamoto knew he’d have to include an incentive for miners to maintain the blockchain, so for every 1 megabyte of blockchain data your computer processes, you’re rewarded with a tiny trickle of Bitcoin.

Presumably, the visual of tiny nuggets of Bitcoin coming out of the walls of the blockchain is what gave rise to the term “mining.”

For Nakamoto, the genius concept of mining solved three problems:

When Did Bitcoin Mining Go Mainstream?

The flaw in Nakamoto’s design, if you could point to one, was that the blockchain grew so big, so fast, that only the biggest Bitcoin mines were able to earn any serious money.

That’s why these giant mines in China, Russia and Iceland kept getting bigger and bigger. They were vying for pole position, trying to solve computational puzzles faster than the competition and take a bigger share of the newly-minted Bitcoin pie.

So if Bitcoin mining is this incredibly competitive global arms race, how can you hope to compete from your home office?

Easy: You don’t compete with these mines — you join ‘em.

You can lease your computing power to one of these more powerful mines and, in exchange, you’ll get paid in crypto or cash. That’s what we set up above.

The global mining industry has led to a rising demand for a new kind of commodity: computing power. “Renting” or “leasing” some of your computer’s processing power to a big mine is 100% safe, 100% easy and is itself considered a form of mining. After all, your computer is being used to mine crypto, even if you know nothing about blockchain code.

The service we set up today is called NiceHash, and before we dive into the nitty gritty, let’s chat requirements and earnings potential.

What Do I Need to Mine Crypto?

Almost any computer can mine crypto, but if you want to earn serious side income doing it, you’ll need a powerful computer.

For reference, my buddy Will mines crypto in 2021 using a gaming computer he built to top-of-the-line specs in 2019. Most notably, he has a powerful graphics card — an Nvidia GeForce RTX 2060 — which handles the brunt of the crypto mining workload.

Will’s setup would be considered still impressive in the gaming world, but in the crypto world, it’s pretty basic. Will lets his computer mine crypto in the background about 23 hours a day, seven days a week, with the occasional break to play games.

As a result, Will’s modestly powerful computer is able to mine $3 to $6 worth of crypto per day.

That may not sound like much, but it adds up quickly. That’s an extra $90 to $180 per month, or up to $2,000 a year in side income — just for letting his computer run an extra process in the background.

Granted, he won’t earn that much forever. As the processing demands of the blockchain increase, the payouts for miners decrease.

That’s why there’s such competition for both miners and gamers (and gamer/miners like Will) to scoop up the newest graphics cards. Nvidia’s newest GPUs — the RTX 3060, 3070, 3080, and 3090 — are becoming impossible to find and selling for three times their MSRP by greedy scalpers.

And people pay the scalpers’ prices, because a single RTX 3090 graphics card can generate an extra $208.75 per month from mining. So even if you pay a scalper’s egregious $2,000 asking price, the card will pay for itself within 10 months.

Even if you don’t have a powerful gaming computer loaded with the newest graphics card, it’s entirely possible to still earn a small trickle of Bitcoin from mining.

How Much Can I Make Mining Crypto? 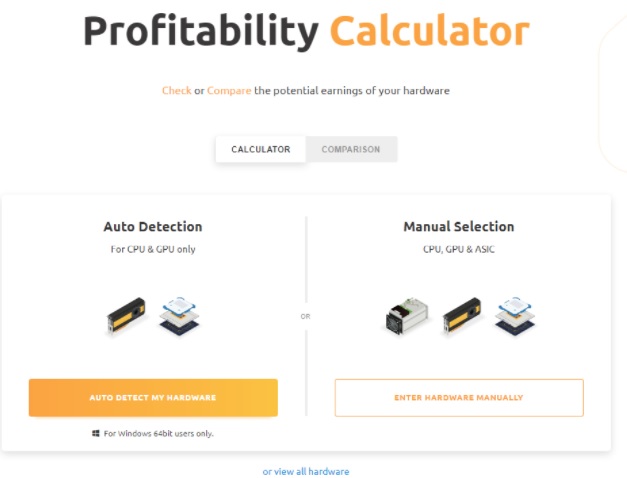 If you’re unsure what CPU or GPU you have, here is how you can find out:

In my case, my work laptop’s CPU is actually powerful enough to profit from mining: $0.14 a day, baby! 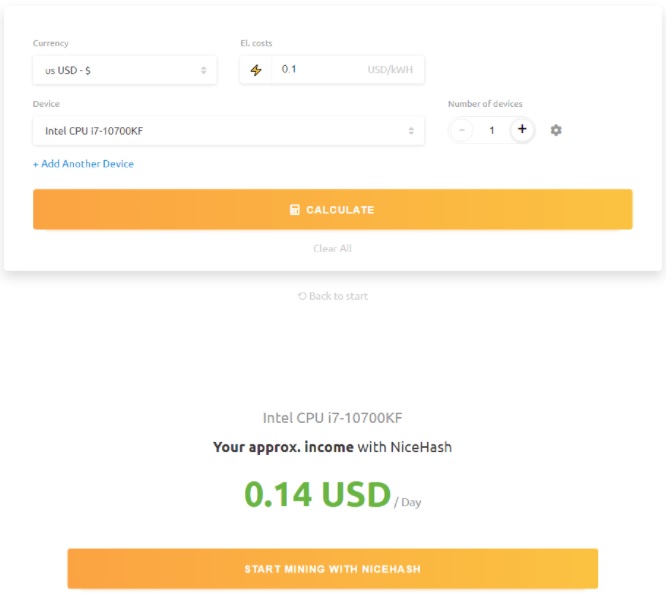 GPUs are much more effective than CPUs for mining, so if you have a decent GPU from the last five years, you’ll be able to earn much more than me. For example, here’s how much you could earn with an RTX 1060 from 2016: 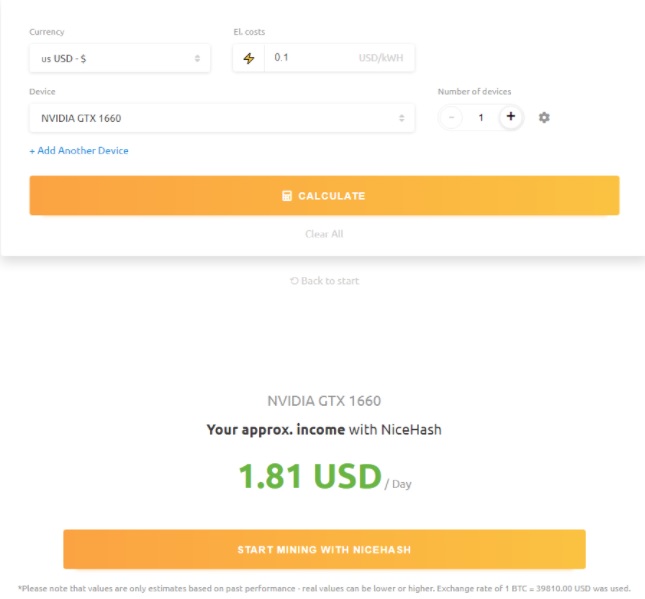 In short, you need a gaming graphics card to make any decent money from mining crypto. A top-of-the-line CPU in your work computer won’t be able to earn a tenth of what a GPU from five years ago can earn.

So if you already have a gaming graphics card, congrats! It’ll make a mighty fine pickaxe.

If you don’t have a GPU, is it worth getting one just to mine?

Some say yes, some say no. I think that it’s too much of a gamble.

The first problem that you’ll encounter is that decent GPUs good for mining are hard to find. Prices are currently inflated 50% to 200% on new and used GPUs, meaning it’ll take you longer to pay it off.

Don’t forget that you have to build a functioning computer around it, too. Between a CPU, case, power supply, and the rest of your build, you could be looking at $600+ for a decent mining rig.

Mining is a no-brainer if you already have a good GPU, but since they’re so expensive these days and payouts are dropping, it’s not worth buying one just to mine.

What Are the Risks and Drawbacks of Mining Crypto?

There are no security risks involved with leasing your GPU power through a site like NiceHash.

Nor will your computer explode. This was a real concern among early miners — that running their GPUs 24/7 would cause them to overheat and melt their computers.

But gaming graphics cards are made for it. In fact, Bitcoin mining is less stressful on them than actual gaming. So using a GPU to mine Bitcoin 24/7 is like using a sports car built for track use to calmly drive to work  — a breeze.

There are two objective drawbacks to mining:

Bitcoin mining may not be profitable for everyone, but if you have a powerful enough computer, it’s an effortless way to earn extra cash each month. After all, the safest way to invest in crypto is to get it for free!

Find out more >>> What is Blockchain Technology and How Does It Relate to Investing?

Uno Re to provide 1.5M insurance coverage to Nord Finance